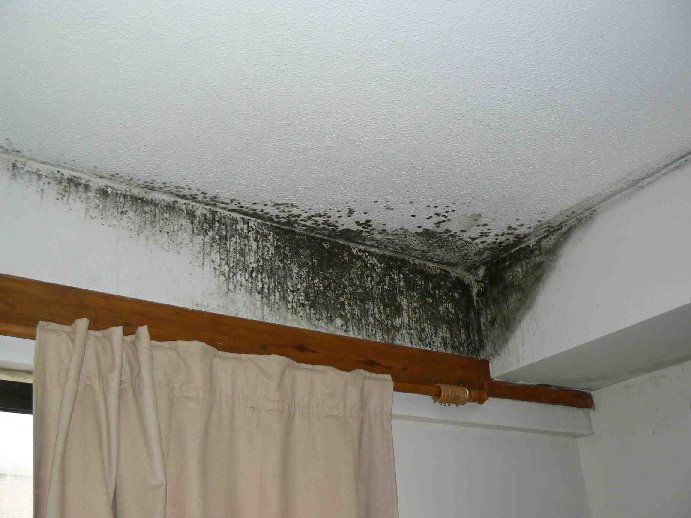 It is estimated that 10-15% of the population in Europe are suffering from allergic related diseases with the problem increasing. Health problems related to mould growth within both residential and commercial buildings have caused major concern in the USA where it is seen as the new asbestos. This has stemmed from litigation due to the negative health impacts of such fungal growth.

Mould is a serious threat, it can initially be identified by its musty odour and black or coloured marks on surfaces, but where conditions may have been right, mould growth should be considered in hidden areas, such as cavities. It is assumed that a main part of these health problems are caused by modern lifestyles where people spend more time indoors and houses are less-well ventilated. Prolonged dampness in building materials can cause the proliferation of a number of fungal and bacterial genera. These microbes, whether embedded behind materials or growing on visible surfaces, are associated with a wide array of adverse health effects, for example: irritative and non-specific symptoms, respiratory infections, allergic diseases, alveolitis and organic dust toxic syndrome (ODTS) and other chronic pulmonary diseases, such as chronic bronchitis.

Minor mould growth can be found in almost every residential property (in corners of shower trays or on windows for example). Mould growth is deemed significant where single patches exceed four square centimetres in area, or several smaller patches in a localised area within one room with a total area exceeding four square centimetres. Extensive indoor mould contamination can cause very high and persistent airborne spore exposures. Persons exposed to high spore levels can become sensitized and develop allergies.

Mould is natures natural clean up system, eating dead or decaying organic or cellulose material. All mould is allergenic and some are toxigenic. While live or viable, mould requires certain levels of moisture and temperature to flourish. Drying out water damaged buildings may causes spore release as the mould recognises threat to its existence. About 16 types of mould are known to be toxic, but unfortunately they are often found in post flood or water damage events in homes and buildings.

Typically exposure to any mould can cause allergenic effects such as skin rash, flu like symptoms and even depression. Typical toxic types such as Aspergillus, Stachybotrys, Trichoderma create extremely toxic mycotoxins - these are known as T2 toxins and used as chemical weapon agents. The toxins naturally contained in these moulds can cause severe health problems and typical symptoms can include coughing up blood, nose bleeds and in worse cases, lung, liver brain and kidney cancer is thought to be possible.

Destroying or neutralising mould safely, is extremely difficult. This is because the mould spore can contain various toxic chemicals, which may be released when the spore is destroyed or ruptured, thereby releasing the most toxic or allergenic chemicals. The size of mould spores is between 1 and 20 microns depending on the type. Respiritable particles are seen as less than 7.5 micron with smaller size less than 2.5 micron being seen as the most dangerous as they can lodge in deep lung tissue where they can be infused directly into the blood stream. When mould is killed by chemical application or biocide, the spore will either rupture or decay and the result may be the release of sub micron particles covered in the toxin. These may be inhaled and be the cause of significant health issues.

Mould produces enzyme which are used to digest the food source. this can be seen as a roots which once established in porous materials are difficult to remove and even after cleaning, sanitation or application of fungicidal paints they can re grow when conditions are suitable. Straight application of disinfectant or stabilisers can destroy the mould cell wall, but chemicals held within the cell are released creating toxic dust. Generally, porous materials where mould growth has established should be disposed of and non-permeable surfaces should be cleaned. Dust control is essential in mould remediation and the use of HEPA dust filters on equipment is recommended. The USA typically uses asbestos type abatement techniques to control mould and mycotoxic dust.

Measurement techniques to identify toxicity issues are now available. Moulds, both viable and non-viable are easily monitored and health concerns can be identified or refuted by scientific analysis. This means live or dead they can cause bad health and even mould long dead and materials dry their allergenic or toxic effects can still present problems.