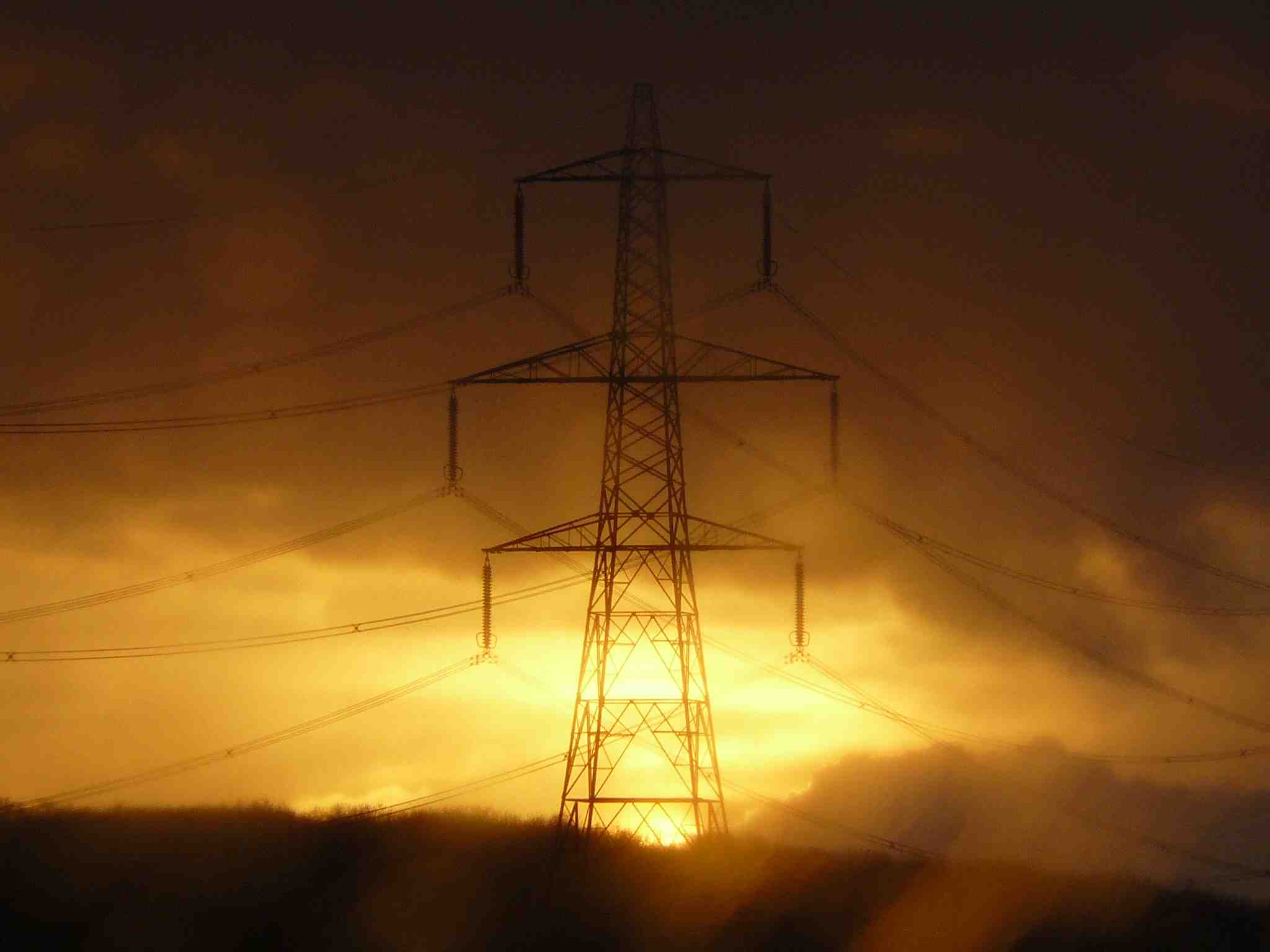 What are the main sources of electric and magnetic fields?

What are the exposure levels in the home?

Magnetic fields are measured in a unit called tesla. A tesla is a very big unit and the fields usually encountered from power supplies in the UK are measured in millionths of a tesla or microtesla. The background level measured away from appliances usually comes from the local electricity distribution cables which supply the house. The typical background magnetic field level in homes is usually in the range 0.01 to 0.2 microtesla. The highest magnetic fields in homes usually occur close to electrical appliances and the electrical wiring, even if it is inside the walls. Magnetic fields of up to a few tens of microteslas can occur very close to appliances. In homes within a few tens of metres of large power lines, magnetic field levels are typically a few microteslas but under the largest lines may sometimes reach up to a few tens of microteslas. By way of contrast, the static magnetic field produced by planet Earth is roughly 50 microtesla in the UK. Electric fields are measured in volts per metre. The typical background range in UK homes is 1 to 20 volts per metre and this may increase to a few hundred volts per metre very close to domestic appliances and power cables, and up to a few thousand outdoors under large power lines. Most building materials screen out electric fields very effectively and so strong electric fields outside a building do not cause strong fields inside.

How can I reduce my exposure to electric and magnetic fields?

How do I find out about the exposure level in my home?

Your local electricity company may be able to make spot measurements of the magnetic field levels in your home. The Energy Networks Association has an electric and magnetic field unit and customer information line as an initial point of contact for all such enquiries. There are also companies that will do a measurement for a charge or hire equipment. Magnetic field levels in homes vary depending on time of day and season because of consumption of electricity.

How can I reduce my exposure if I live near to a large power line?

Homes near to large power lines tend to have higher than average magnetic fields because the lines carry large electric currents and magnetic fields are not easily shielded. The electric fields produced by power lines do not reach indoors, because buildings screen electric fields very effectively. Government has asked electricity companies to arrange the conductors on power lines in a way that produces lower fields, and have decided that other measures to reduce fields, such as avoiding the routing of power lines near to homes, or not building homes close to power lines, are not needed. Public Health England considers only no-cost or low-cost measures to reduce exposure are justified. In the home it may be possible to locate bedrooms and living areas further away from the power line. These measures will have the greatest effect in homes that are very close (within a few meters) of large power lines.

Should I buy a home near a power line?

Electric and magnetic fields are just one of many environmental factors to consider when purchasing a home, along with important lifestyle factors including local amenities, schools and place of work. Homes near to power lines tend to have higher than average background fields; however, this should not be a major consideration in deciding whether to buy a home or not because the health risk if real is small. Other potentially more important factors to take into account when buying a house include: materials present in fabric of the building, such as lead paint or asbestos, soil or groundwater contamination, local traffic, air pollution and noise as well as radon, a naturally-occurring radioactive gas. Government considers the possible health risk is not big enough to justify moving home if you live near a power line.

How can I reduce exposure from the local electricity circuits and equipment?

The local electricity circuits near your home can result in higher than average magnetic fields in some circumstances. This may be due to a general fault which would need to be attended by your local electricity company, but this is not always the case. A fault may show up as flickering lights so it is best to get wiring inside and outside the house checked if you suspect there is a problem. Options for reducing exposure to magnetic fields from the local electricity circuits near your home are limited. It may be possible to move bedrooms and living areas to positions in the home that are farthest away from these circuits. In some situations it may be possible to modify the existing electricity supply to your home, but this needs to be arranged with the electricity supply company. Electric field sources outdoors do not normally give rise to electric fields indoors because building materials shield such fields very well.

How can I reduce my exposure to electric and magnetic fields from the use of electrical appliances?

Electrical appliances produce some of the highest levels of magnetic fields found in the home when they are plugged in and in use. It may be possible to move further away from TVs and computers, or to move appliances away from areas where you spend most of your time. In bedrooms, appliances such as clock radios can be positioned a metre or so away from the bed. Turn appliances off when not in use, which also has the added benefit of reducing power consumption. In the case of electric fields, appliances need to be switched off at the mains socket, if possible. If you use an electric blanket to warm a bed, you could turn it off overnight to reduce your exposure. Some appliances such as shavers and hair dryers, are designed to be used close to the body; however, as they are used for short periods, their contribution to your total exposure is likely to be small. For children, removing unnecessary electrical appliances from their bedrooms and play rooms or re-positioning them as far away as possible will help to reduce their exposure. Again, turning off appliances off when not in use will also reduce unnecessary consumption of electricity.

Your exposure is generally expected to increase if you have lots of electrical appliances in your home or if you live close to power lines and other types of electrical equipment; although your exposure doesn't necessarily increase as much as you might think because electric and magnetic fields don't add in a simple way. Your average exposure will also depend on how much time you spend close to individual sources.

Is my exposure greater if there is a lot of electrical appliances and other equipment in and around my home?

How can I reduce my exposure to electric and magnetic fields from electrical wiring circuits at home?

Should I buy electric and magnetic field-reducing devices?

There are some devices on the market which claim to reduce or eliminate electric and magnetic fields in the home. Such devices can be costly and should be treated with caution as they may not reduce the fields at all. In general electric fields can be shielded easily but it is more difficult to screen magnetic fields with everyday materials.

What are the known effects of exposure to electric and magnetic fields?

Power frequency electric and magnetic fields cause electrical currents inside the body. The magnetic fields can cause faint flickering visual sensations (called phosphenes) or even stimulate nerves and muscles, although these effects occur at levels many thousands of times higher than those encountered in buildings. Electric fields also produce electric charges on the surface of the body. Some people notice the strong electric fields found outdoors beneath large power lines, through hair standing on end. Under some circumstances, people can experience microshocks, like a static shock, coming from contact with objects in strong electric fields. These effects only occur at field levels much higher than those encountered in homes. Electric fields can cause charges on the body underneath a power line. A lot of research has been carried out into the possibility that electric or magnetic fields cause cancer or other serious illnesses.

Studies investigating the effects of electric fields have suggested that small charged particles, known as corona ions, which are generated by power lines, may cause health effects. However, there is little evidence to support this possibility. The results of some studies of human populations have suggested that there may be an increase in risk of childhood leukaemia at higher than usual magnetic field exposures in homes, some of which are near to large power lines. Studies have also looked at whether exposure is linked to the risk of other illnesses such as Alzheimerâ€™s disease. Although there have been some results suggesting a link, the overall balance of evidence is towards no effect and much weaker than that for childhood leukaemia. The types of studies that investigate these risks face many difficulties, including the possibility of chance, bias and the presence of confounding factors that may confuse the findings. Importantly there is no known mechanism or clear experimental evidence to explain how these effects might happen. There are a number of studies showing a possible link between exposure to magnetic fields in the home (and/or living close to high voltage power lines) and a small excess of childhood leukaemia. It is estimated that 2 to 5 cases from the total of around 500 cases of childhood leukaemia per year in the UK could be attributable to magnetic fields. This number is based on the assumption that exposure has to be above a certain threshold before there could be a health effect. The overall evidence, however, is not strong enough to draw a firm conclusion that magnetic fields cause childhood leukaemia. Magnetic fields donâ€™t have sufficient energy to damage cells and thereby cause cancer. At present there is no clear biological explanation for the possible increase in childhood leukaemia from exposure to magnetic fields. The evidence that exposure to magnetic fields causes any other type of illness in children or adults is far weaker.

Extract from HPA (NRPB 2004) advice: " ...the overall evidence for adverse effects of EMFs on health at levels of exposure normally experienced by the general public is weak. The least weak evidence is for the exposure of children to power frequency magnetic fields and childhood leukaemia." If magnetic fields cause childhood leukaemia, the evidence suggests that this would explain 2 to 5 of the 500 cases that occur each year in the UK. To put this in context, about 140 children are killed each year in the UK due to traffic accidents and there are an estimated 2,700 deaths in the general population due to passive smoking.