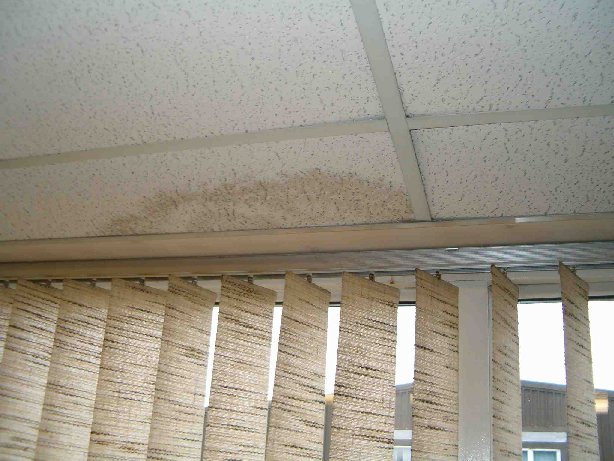 It can come as a nasty shock towards the end of a lease (or even after) when the landlord requires extensive work from the tenant to remedy damage or disrepair or to put the premises back in their original state if the tenant has made internal alterations. If the tenant does not carry out this work, he or she may be required to pay the cost of having it done. As a tenant you may be able to challenge the landlord's list of required repair work, referred to as a schedule of dilapidations. But to be in a strong position to mount a challenge you need to consider the dilapidations question right at the outset of the lease with the help of your Chartered Surveyor.

The term is normally used to cover defects or disrepair which you as tenant will be required to deal with or pay to have remedied when you vacate the premises that you have leased.

When do I need to start thinking about dilapidations?

Before you take a lease. A survey will establish the condition of the premises, giving an indication of work that may be needed, both immediately and later. If the premises are already in bad repair, special considerations apply (see below). During the term of the lease, regular or planned maintenance can avoid greater expense later.

What if the premises are in a poor state at the outset?

Most commercial leases require the tenant to put and keep the property in repair (even if the lease clause seems to say 'keep'). Unless you and the landlord specifically agree otherwise, the fact that the premises were in a poor condition when you took them on is irrelevant - you still have to put them right. So negotiate for a lower premium or a lower rent to compensate for costs that you face. Alternatively, persuade the landlord to agree that the premises be returned at the end of the lease in a condition similar to the state in which you took them. In this case, after you have had the premises surveyed, make sure that the condition is established, recorded and attached to the lease as a "schedule of condition". This is best undertaken by your Chartered Surveyor, agreed with the landlord and appended to the lease.

When is the landlord likely to submit a dilapidations claim?

Generally speaking, landlords do not serve dilapidations claims earlier than three years before the end of the lease. If you, as tenant, have a statutory right to a new lease, the landlord probably will not serve a dilapidations claim unless or until you indicate that you are unlikely to renew your lease.

What is the position on alterations I have made?

Do I have to accept the landlord's dilapidations claim in full?

No, do not accept it without taking professional advice from your Chartered Surveyor. The cost may be inflated or the claim may include items which are not valid items of disrepair. And possibly the landlord may not in fact intend to repair the property; he or she might plan to demolish it. In this case you would have a good defence at law to the claim.

What if I cannot reach a compromise with the landlord?

If you cannot reach agreement, the landlord has recourse to the court. But this is a slow process and expensive for both sides. Landlords will generally avoid it if they can. Consult your solicitor as well as your chartered surveyor if things look like taking this course - in a court hearing your chartered surveyor will be able to act as an expert witness on you behalf.

A schedule of dilapidations will need to be costed if it is anticipated that the tenants obligations it describes are to be met by way of a payment in damages. We should remind ourselves that a schedule of dilapidations is a statement of breach of contract which may ultimately be actionable in law and needs therefore to be accurately and properly drafted. If the costing exercise needs to be undertaken this is therefore integral to that process. How many surveyors instructed to act on behalf of tenants in defending the damages claim for dilapidations could refer to instances where the landlords surveyor has blatantly over priced individual dilapidations items (as well as, in such instances, most likely overstating the various breaches of contract and remedies required)? Whilst the landlords surveyor, once opening negotiations with his opposite number, may well concede (on a without prejudice basis!) that an additional factor has been included in his prices for negotiating purposes this is clearly inappropriate.

A schedule of dilapidations should be priced with due reference to reliable and appropriate cost information which is available from a number of sources, for example:

(i) current Building Cost Information Service data and other recognised priced books (to which the appropriate regional variations should be applied);

(ii) relevant and recent tender price information (on projects of a similar nature and size and envisaged by the claim); and

(iii) the result of a competitive tender exercise (which should be conducted on the basis of a full specification of works derived from the schedule of dilapidations).

Where no firm prices have been obtained for the works (as is most often the case) it may be appropriate to use a combination of the information identified at (i) and (ii) above. Prices should be derived on the basis of a recognised rate which is applied to either quantity or area as appropriate in much the same manner as if the surveyor were preparing a cost appraisal for the client based on a building works specification.

Clearly, there will be occasions where the extent and nature of the works required may not be fully known and in such cases it is sensible to apply a reasonable budget cost in much the same manner as one would set aside a provisional sum in drafting a specification. It is however desirable to avoid doing this wherever possible as the degree of objectivity applied in deriving such figures will invariably be open to question.

There can be no doubt that the best way of substantiating the true measure of the cost of the works is as a result of a competitive tender exercise as identified at (iii) above. This would be strongly indicative of the intent on behalf of the landlord to actually proceed with work and in such cases it may be advisable to defer a definitive damages statement until the works are actually complete. This is because very often additional works which are legitimately attributable to the outgoing tenants obligations may arise during the course of the contract thus increasing the claim. However, the landlords surveyor should, in providing recommendations to his client, balance this eventuality against the commercial advantage of obtaining an early damages payment from the tenant rather than having to wait (in most cases) many months or perhaps longer for a definitive claim statement to be compiled.

For larger and more complicated claims it may well be advisable for the surveyor to recommend to his client that the services of a quantity surveyor be engaged to complete the pricing process, the cost of which should normally be recoverable as part of the costs of preparing the schedule (assuming of course that the lease allows for this). Whatever method is adopted, it is important that the approach is consistent and the prices derived are reasonable.