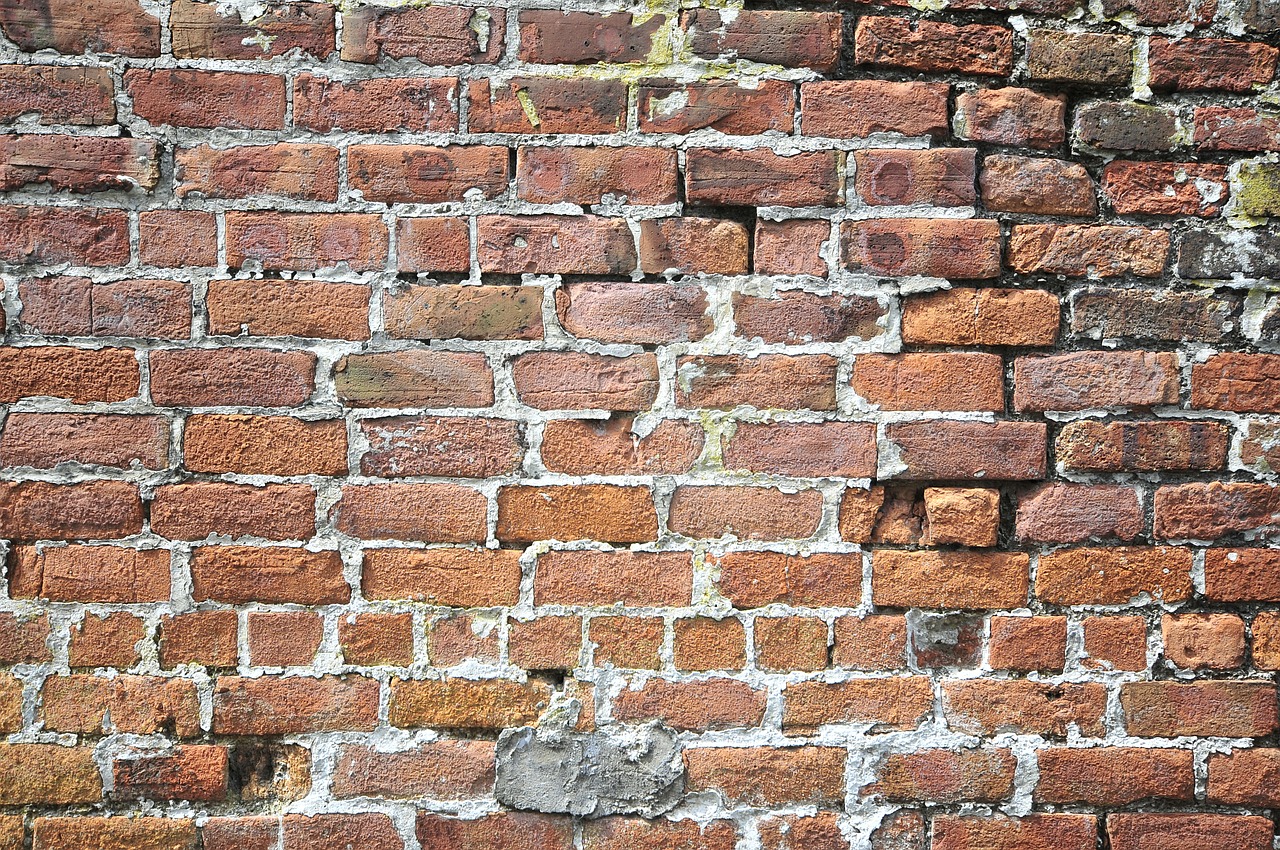 Previously considered to be an inferior material to stone, brick construction was rarely used in Britain until the close of the Middle Ages. Gerard Lynch looks at its historical development over the last 600 years and its conservation and repair.


The popularity of the material can be traced to the revival of brick-making in eastern England in the late 13th and early 14th centuries. This was a direct result of lack of local stone, an increasing shortage of good timber, and the influence of Europe where brickwork was used extensively. By the Tudor period the brick-makers and bricklayers had emerged as separate craftsmen well able to rival the masons. From unsophisticated early work, brick building entered its heyday, rivalling stone in its popularity as a structural material.

Bricks were generally made on site in wood, heather or turf fired clamps by itinerant workers. Not only were standard bricks produced but also many in extravagant and elaborate shapes, epitomised by those that formed the spiral twisted chimney stacks for which the period is renown. The Tudors further patterned their brickwork by inserting headers of over burnt or vitrified bricks into the walling. These dark surfaces ranging from deep purple to slate in colour, were laid carefully in quarter brick offsets in mainly English bond or English cross-bond, to form a diaper or chequered pattern within the predominantly red brickwork. Tudor bricks were irregular in size and shape and therefore thick (15 - 25mm) mortar joints were necessary to even these out. The slow setting mortar was of matured non-hydraulic lime (often containing particles of the fuel used in its production), and coarse sand in a ratio varying from 1:2 - 1:5, the joints being finished flush from the laying trowel.

With the building of Hampton Court Palace, we have not only the seal of royal approval, but a monument to the achievement of brick in this period.


The late 17th and early 18th centuries were a high point in the use of brick. Their manufacture was much improved, with blended clay, better moulding and more even firing which lead to greater consistency in shape and size. The colours of bricks changed in popularity from red, purple or grey bricks fashionable in the late 17th century until 1730, when brownish or pinkish grey stocks replaced the hot colours. These were followed in the mid 18th century by grey stocks, and, by 1800, the production of yellow marl or malm London stocks, which were closer to the stone colour desired for a classical facade.

Brickwork was generally of a very high standard, in mainly Flemish bond although header bond was also popular in the early 18th century. Pointing was executed to a similar standard. As well as giving more protection to the weaker bedding mortar, fine detailing also helped to minimise the visual impact of the joints so that the classical details could be displayed more clearly. 'Tuck' pointing was the ultimate development in this quest. A more expensive solution was to use 'gauged' brickwork popularised by Wren using a facade of fine, colour-matched bricks cut and rubbed to exact units, and laid in thin lime putty joints. However after 1730 this was considered too expensive and was reserved for window arches, aprons and other ornamentation only. 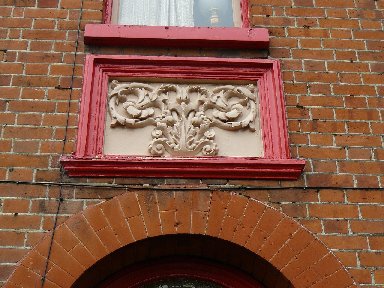 Victorian brickwork 1830-1914
This was a period of revivalism in domestic architecture and industrial building. The former seeking a return to 'medievalism' and other exotic building forms as a relief from the unspirituality of the Machine Age. The latter, for the infrastructure of factories, warehouses, railway bridges and so on, all largely met through the cheap use of bricks. During this period, a greater number of bricks were made and laid than during all the previous periods. Brick manufacturing methods had improved in all respects including quality accuracy, regularity and in range of colours available. From the mid 18th century onwards the manufacturing process, like many others, was becoming mechanised. This enabled deeper clays to be used for pressing into dense bricks for use on civil engineering works.

With improvements in travel and communications, bricks could be transported over wide areas which removed the traditional local variations. Improvements in the production of mortar also occurred during the late 18th century through the use of washed and graded aggregates, often with colouring. Also, the development of natural cements including Roman cement and other hydraulic limes, which set quicker and stronger, were vital to the speed of construction that the Industrial Age demanded. Portland Cement appeared in the mid 19th century. Joints reduced to 0.3 inches (8mm) due to the accuracy of the machine pressed bricks and continued to be finished in various profiles. These were popular from the 17th century although the new 'weather-struck' and 'cut' style of joint became particularly popular. A variety of face bonds were now used although, in the main, Flemish bond predominated domestically, whilst English bond was favoured industrially. In all matters of brickwork, the Victorian desire for enrichment was readily achieved by the use of often garish polychromatic work, and the lavishing of ornamentation by detailing mass produced purpose moulded 'specials' or by gauged brickwork.


Before considering the most appropriate method of repairing brickwork, correct diagnosis of the cause of failure is vital. Manufacturing defects in bricks can be the result of under firing or impurities in the clay used. These bricks decay more rapidly than better burnt bricks, especially with frost action. They can also act as a point of entry for moisture, which in turn will affect the whole wall, leaving it open to damage from frost and chemical action. Free standing walls, parapets and retaining walls are particularly vulnerable, and some judicious replacement may be necessary.

Poor Detailing can also contribute to failure through construction defects such as: Decayed bond timbers, joists, timber lintels, plates or bearers which have been embedded or built in to the masonry. The expansion of rust on corroding iron and steel structural members, wall ties or reinforcement embedded in the brickwork. Failure of arches and lintels from inadequate bearings, or abutments. Poor bonding and inadequate or even non-existent tying-in of brickwork. This can be due to a habit in the 18th and 19th centuries of 'snapping' headers leading to a wall of two skins, instead of one mass.

Alternatively failure can occur at the junctions between walls, particularly where front and rear walls are insufficiently tied to the cross walls. 'Corbelling' (over projecting brickwork) and oversailing are especially prone to being insufficiently tailed-in to the main walling. They are also susceptible to water penetration due to inadequate, or non-existent protective weathering. Sulphate attack occurs when water is present with cement based mortars, producing slow steady expansion of sulphate crystals within the mortar or the bricks as the water evaporates. It can result in damage and even failure of the masonry. This is particularly common in unlined chimney stacks, where sulphates have been introduced by the burning of sulphur-rich fossil fuels. Where chimneys have been designed without bends, allowing rain straight down the flue, damp may appear on the chimney breast with a possible resultant salt problem. This can especially occur when the air is humid, or where the fireplace has been sealed without proper ventilation. Poorly designed parapet copings without damp proof courses, inadequate overhangs, and poor jointing techniques, which encourage damp penetration.


Remedial work to historic brickwork must be carefully selected after expert analysis and should always be kept to an absolute minimum. Consolidants should only be applied to decaying brickwork as a last resort. Although predictably effective on soft porous bricks their use is still in its infancy, and the long term affects of new techniques is less certain. The consolidated brick face may behave in a different manner from the base through thermal movement, resulting in eventual separation. Sealants may induce similar problems. By sealing the surface they may inhibit or reduce surface evaporation leading to a build up of moisture. This can result in concentrating evaporation in other areas where crystallisation and frost damage may be exacerbated.

Sealants should only be used in localised areas to prevent problems such as the staining which occurs from water run-off from limestone dressings, where it may be used after removal of the deposits.

The introduction of hard mortars is one of the most common causes of failure in historic brickwork, leading to a failure of the mortar and of the brickwork itself. Inappropriate cleaning methods may cause substantial damage by removing not only the dirt but also the fireskin, leaving a pitted face. Rotary carborundum heads again, destroy the surface as well as dishing and scouring the 'arrises'. Such methods may actually accelerate re-soiling and rate of decay by producing a more textured surface.

Vegetation although often attractive, is generally harmful to older brick walls of traditional construction. Many types of ivy can cause serious damage to brickwork particularly if it is in poor repair, or constructed of soft, possibly spalling, bricks bedded in soft lime mortar where the pointing is defective. If not carefully removed, ivy should at the least, be heavily controlled and never allowed to reach eaves level where it might block gutters and downpipes. In a strong wind, vegetation can also transfer additional wind-load, pulling out guttering, parapets, and even a chimney-stack.

Pigeons can also present problems, especially in city centres. Not only can they force up loose roof coverings, but they will block up gutters and downpipes with feathers, detritus and excrement, causing water penetration and consequent decay. The faeces rapidly deface the external (as well as internal) fabric, and may damage porous brickwork. Removal is difficult and expensive. Control is therefore imperative, and can involve bird nets, repellent gels, poisons, traps and even shooting.