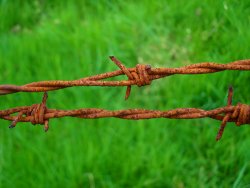 A landowner may be liable for trespass if he or she ventures onto his or her neighbours land without permission or a contractual or statutory right.

A landowner wanting to build or repair a wall on or near the boundary, or to build special foundations to strengthen an existing structure, may wish to rely on the Party Wall Act 1996, even when the neighbour happily grants access to his land. An Award made by a surveyor under the 1996 Act gives statutory rights to both parties, which will become valuable if a dispute arises about the work or any damage caused. Following an Award the landowner can enter onto even a reluctant neighbours land on 14 days notice, exclusively to carry out the works described in the Award. In return, the Award may require the landowner to pay compensation to the neighbour for any unnecessary inconvenience caused.

If the works constitute basic preservation to the property (such as repairing buildings and looping trees) rather than party wall works and consent is not given voluntarily, the landowner can apply to court under the Access to Neighbouring Land Act 1992 for an order granting access to a neighbours land. The order will prescribe the terms of access.

Under both Acts, if the building owner does something in excess or what is permitted by the Award or Order they will be treated as a trespasser and the neighbour will be entitled to sue for damages.